Simon Lunn knew he needed to drill a new well and decommission his old one. What he didn't figure was that the conservation authority would hand him $1,000 towards his costs.

Mr. Lunn, a long-time Smiths Falls resident near the Smiths Falls Golf and Country Club, received the funds through the Rural Clean Water Grants program, which covers up to 90 per cent of costs for projects that protect water resources in the watershed. 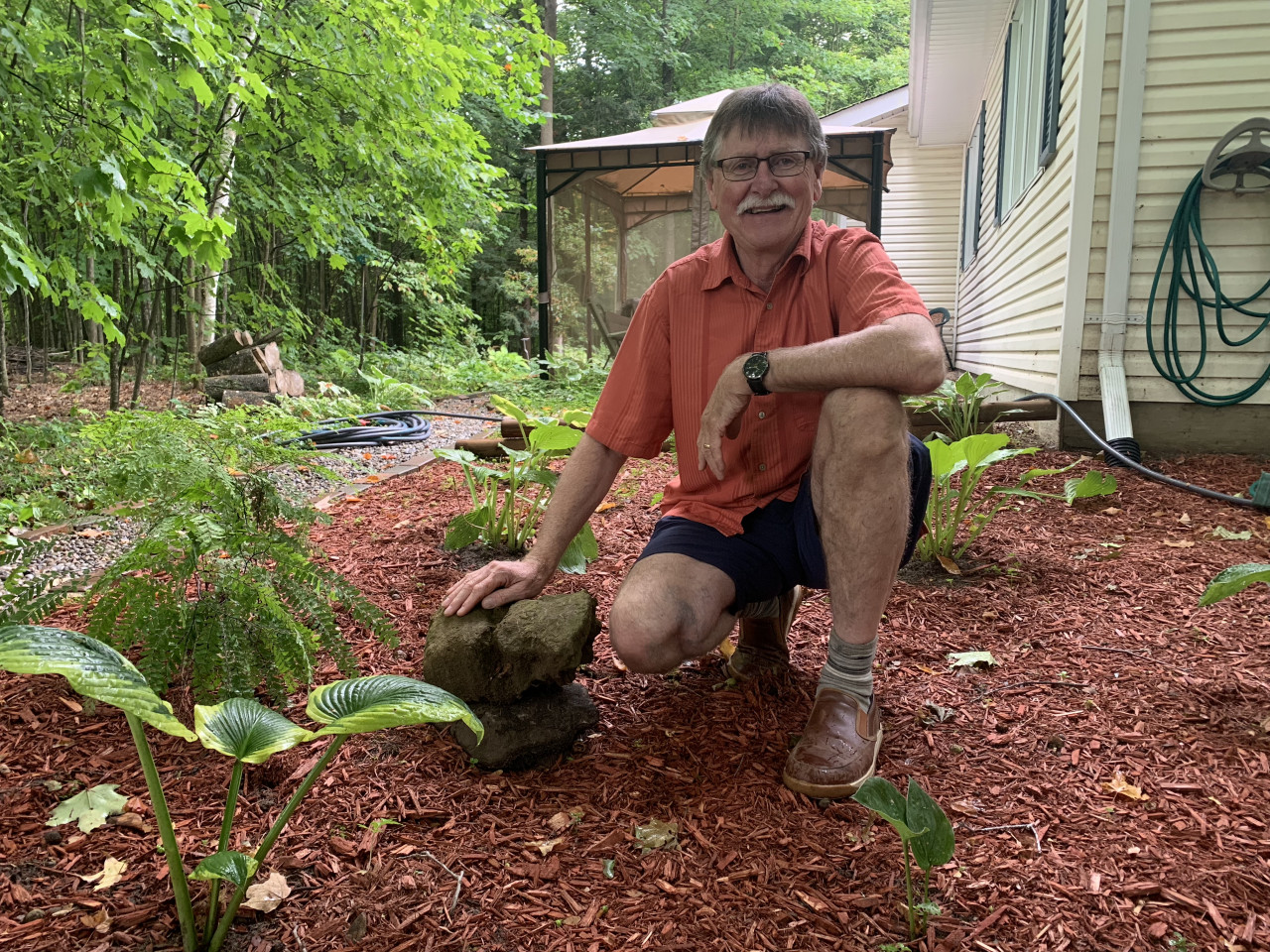 A few decorative rocks offer the only hint that a well was once located in Simon Lunn's side garden.

Depending on the project, landowners can receive up to $15,000 toward their project, as long as the work hasn't been completed by the time they apply. Farmers especially are eligible for generous grants toward projects like livestock fencing, pesticide or chemical storage and handling, nutrient management plans, manure storage or treatment, tile drainage control structures, cover crops and land retirement. Residential landowners can receive grants for well and septic upgrades, erosion control, buffers and forest and wetland management plans.

Mr. Lunn's well decommissioning was eligible for 90 per cent coverage up to a maximum of $1,000. With the total cost just over that cap, he got the full amount. 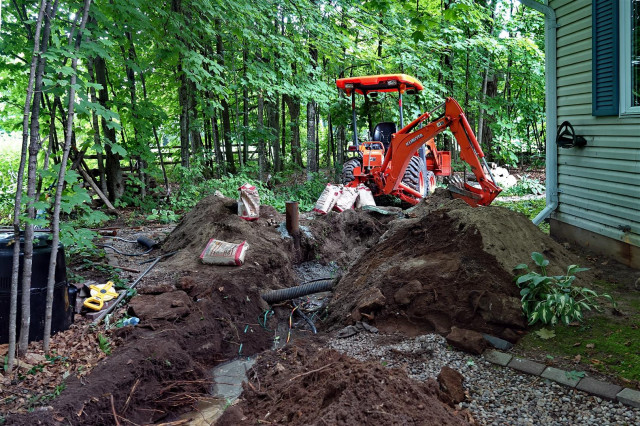 Crews work to fill and plug the old well.

​And on top of that, the RVCA's program manager Derek Matheson offered support and technical advice throughout the entire process.

"Derek was very efficient and accommodating," Mr. Lunn said. "The whole process went very smoothly, and there were no surprises."

Mr. Lunn's old well had been deteriorating: water level and flow was lower than ever, and as many as six times a year the water would become cloudy with sand and clay, making the water unusable even for laundry.

His appliances had iron stains and a sulphur smell often wafted out of the tap.

Knowing he had to drill a new well, he decided to decommission his old one at the same time. 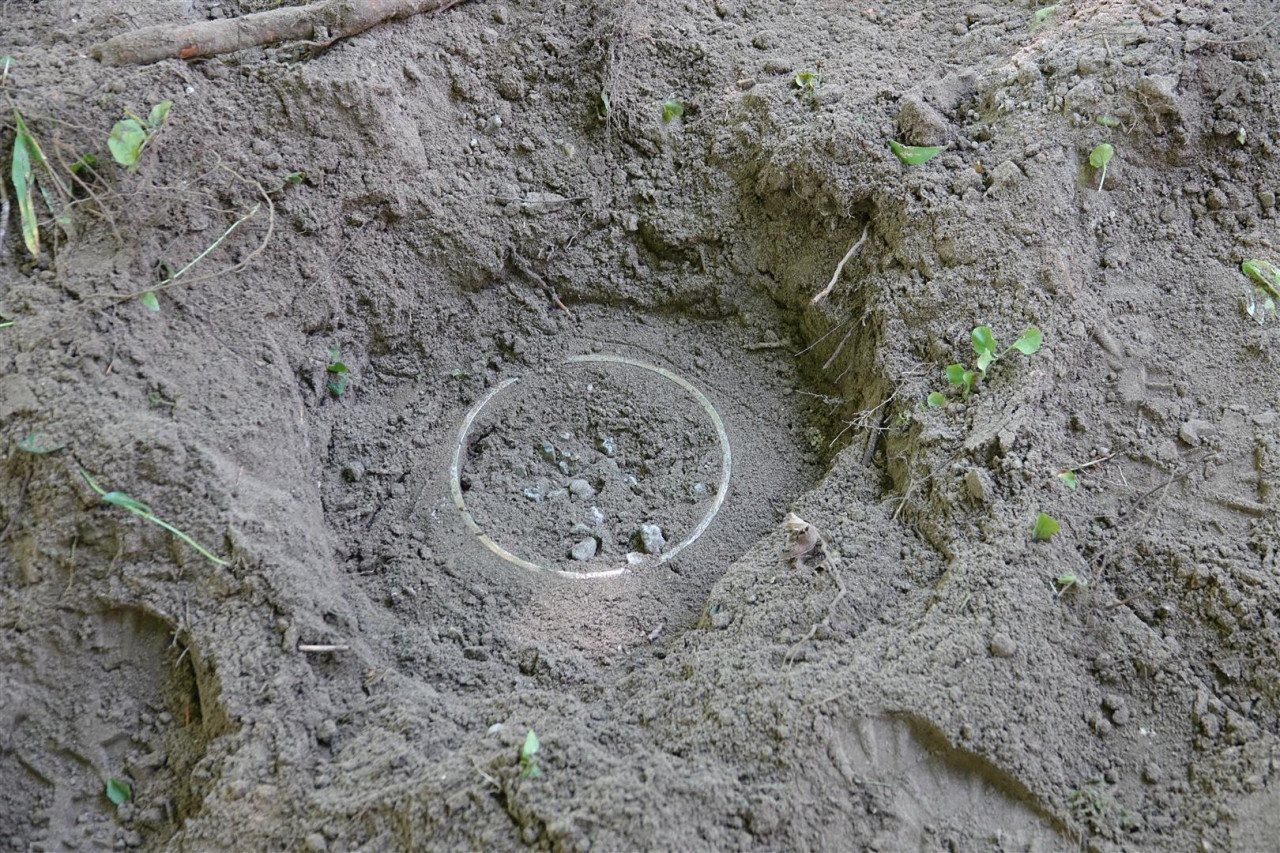 If you don't decommission your old well, it can pose a significant risk to local drinking water supplies because surface contaminants have a direct line to the aquifer: it's literally a pipe heading straight to your groundwater source. This could contaminate the new well you've just spent good money on, affect your neighbour's well, or even contaminate drinking water for the entire area. Under Reg. 903 of the Ontario Water Resources Act, a well must either be maintained by the property owner or decommissioned.

Dug wells can also be a physical safety risk for kids and livestock because their openings are often so large.

The work was completed in late July. Today, you wouldn't even know where the old well is located: it is marked simply with a few rocks in his garden so he won't forget where it is.

He encouraged other landowners to consider the grant program next time they're planning a project.

"This is a program that gives you some financial assistance and a lot of advice, with no strings attached," Mr. Lunn said. "I'm very thankful for it."

Sheep farmers step up sustainability with help from ALUS, RVCA

Country living: A first-timer’s guide to buying on the backroads

Soak up the summer storms: Reducing runoff at home