From truckload to tote bin: An invasive species success story

If you've ever been to Voyageur Provincial Park near Hawkesbury, you've seen European Water Chestnut in action. The ornamental pond plant likely hopped a fence nearby, establishing itself in dense mats in the Ottawa River and nearby tributaries around the park more than a decade ago.

Robust removal programs are in place, but getting ahead of it is as hard as the thorny seeds it throws into the riverbed to reproduce. 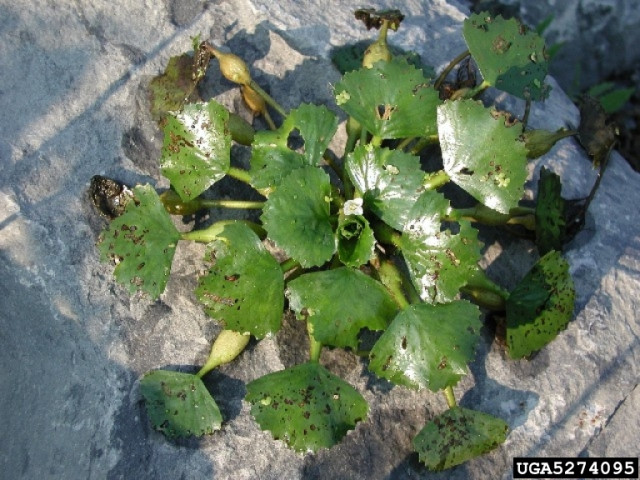 Eradication is not impossible, though: the recent success of the Rideau Valley Conservation Authority (RVCA) and its partners at Parks Canada, Ducks Unlimited and the City of Ottawa is living proof.

They faced their own prickly problem above Black Rapids locks in the Rideau Canal near Barrhaven in 2014. The partners quickly sprung into action, removing a large dumpster load of the invasive weed in 2015. 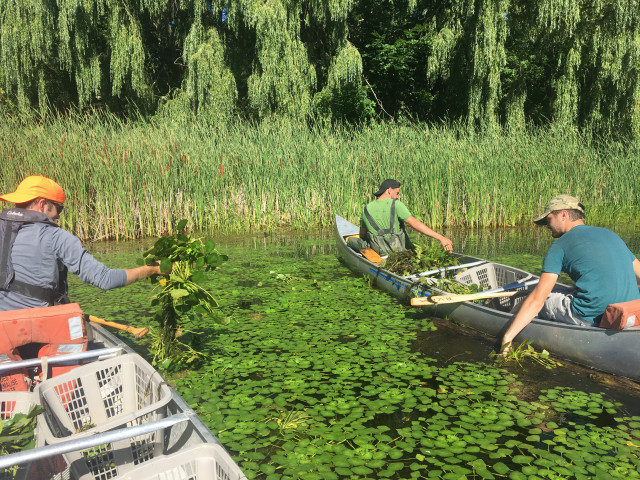 Since then, partners, staff, students and volunteers from RVCA's City Stream Watch program have had to remove a little less each year, until this summer when less than a tote bin's worth of weeds were pulled from the river.

"We've seen a pretty significant decline," said RVCA aquatic biologist Jennifer Lamoureux. "We got it early, and that was the difference. The key with any invasive management is to get it early and to commit to ongoing removal." 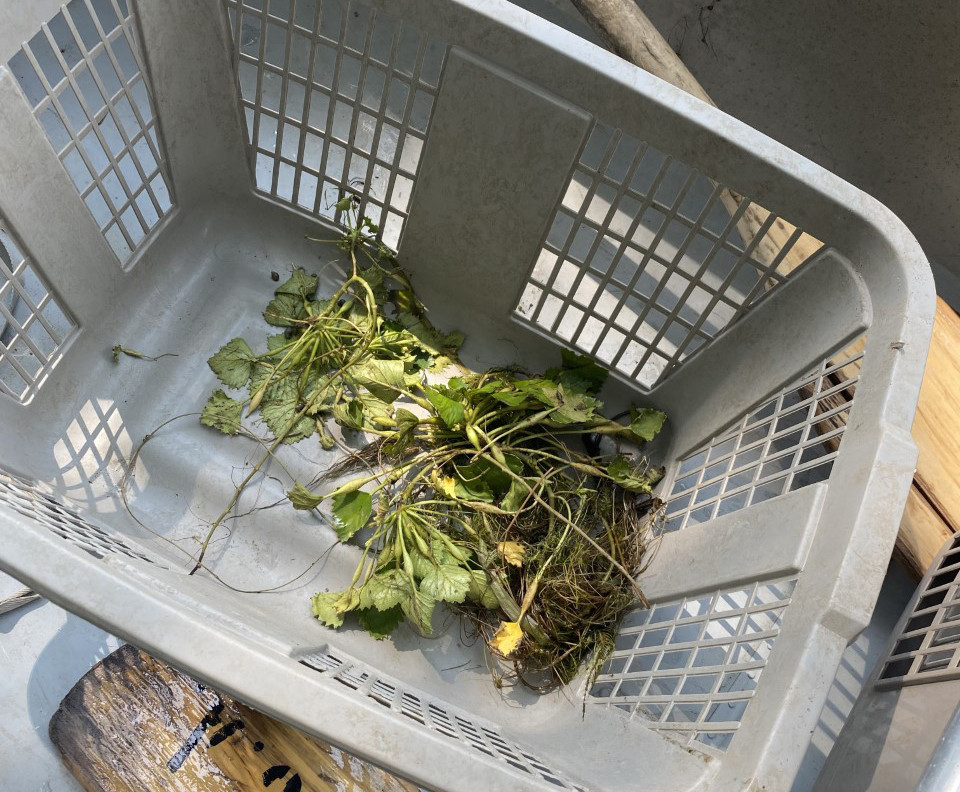 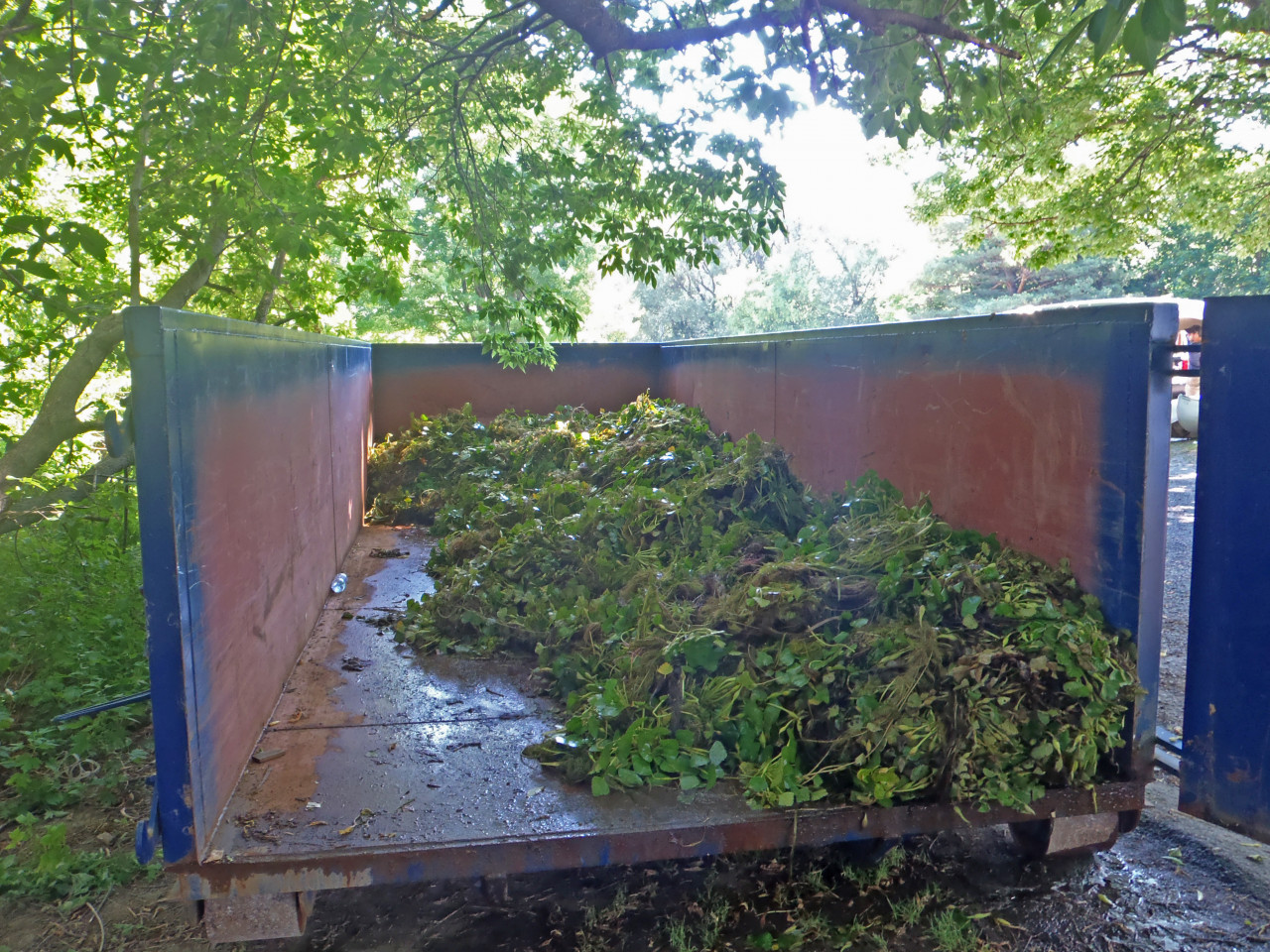 She said the Black Rapids patch isn't completely gone, and seeds can continue to germinate in the riverbed long after the active plants have disappeared.

"We're not out of the woods. We still have some continued surveillance to do," she said. 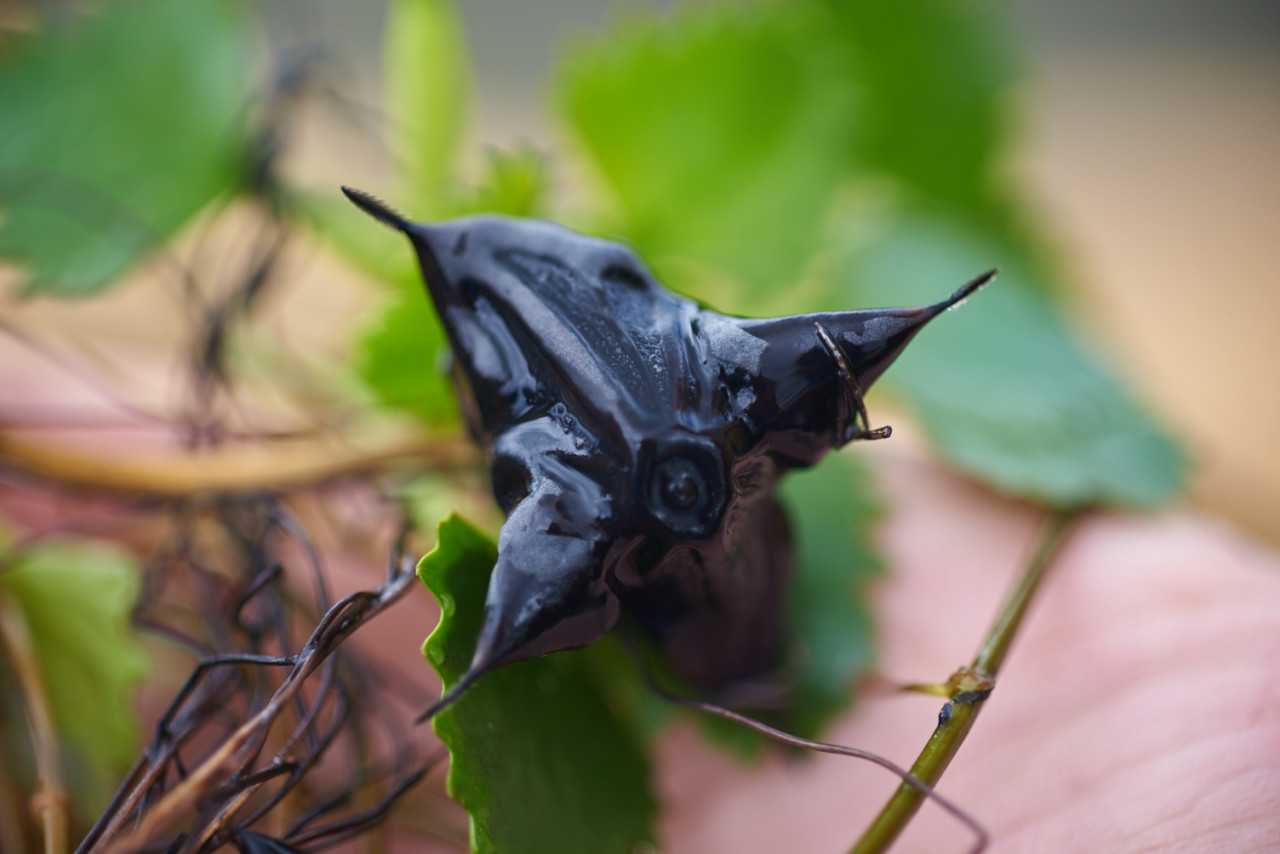 European Water Chestnut is particularly nasty because it forms dense floating mats that shade out native vegetation, decreasing plant biodiversity and making it nearly impossible to enjoy activities like swimming, angling, and boating in the infested area.

Without light penetration below the chestnut canopy, plant growth slows and dying plants start to decompose, which lowers dissolved oxygen levels and can cause die-offs among native fish and other species.

The plant's hard nuts with sharp, barbed spines can also become a huge pain – literally - when stepped on.

Lamoureux said keeping European Water Chestnut out of aquariums and backyard ponds is the easiest way to avoid new outbreaks.

"The key is to not have this available to people at all," she said.

Five tips for a flawless fall Foley trip
QUIZ: How green is your waterfront property?