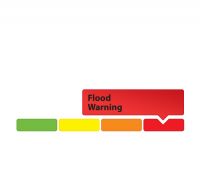 Significant rainfall (20 to 40 mm) has fallen over the Ottawa River basin since Thursday and an additional 20 to 35 mm of rain is expected by Saturday evening.

The current snowpack throughout much of the Ottawa River basin remains at twice its normal depth for this time of the year. Soils are saturated and warm temperatures and rain are contributing to some snow melt.

The Ottawa River Regulating Committee (ORRC) warns that levels and flows on the Ottawa River from Lac Coulonge down to the Montreal region have begun to rise extremely rapidly due to forecast rainfall and snowmelt runoff. Flooding is already occurring in low lying areas around Britannia and Thurso and is expected to continue to rise throughout the weekend.

Forecasted precipitation and warmer temperatures will melt a large portion of the remaining snowpack in the central areas of the basin. Rainfall and snowmelt will combine to produce very high runoff, causing levels to continue rise sharply on the Ottawa River throughout the weekend.

All flood-prone areas along the Ottawa River from Lac Coulonge down to the Montreal Archipelago are at risk.

MVCA areas of concern: Based on model outputs from the ORRC, water levels in the Constance Bay area are projected to rise .75 m above the current elevation over the next four days. Updates to this projection will be provided as they become available.

RVCA areas of concern: Water levels from Britannia to Cumberland are expected to continue to rise and are forecasted to peak in the next four days. Areas previously affected by the May 2017 flood are at greatest risk.

SNC areas of concern: Water levels are expected to continue to rise along the Ottawa River in Clarence-Rockland and Alfred-Plantagenet and are projected to rise 1.0 m above the current elevation over the next 4 days, by April 23. Areas previously affected by the May 2017 flood are at greatest risk.

Due to the forecast uncertainty it is difficult to accurately predict how quickly water levels will rise and when river conditions may peak.

Residents in flood-prone areas are encouraged to closely follow evolving conditions and to take necessary measures. Residents are advised to stay away from watercourses where flows are high and where banks might be unstable. Parents are encouraged to explain these dangers to their children.

The Ottawa River Regulation Planning Board will be reassessing forecast conditions and providing hydrological condition updates on its website daily at www.ottawariver.ca/forecast.php.