NEPEAN, October 9, 2021 – An unhealthy section of creek and a dried-up wetland have gotten an extreme makeover thanks to great community partnerships and a nearby Stage 2 LRT construction project along Moodie Drive. 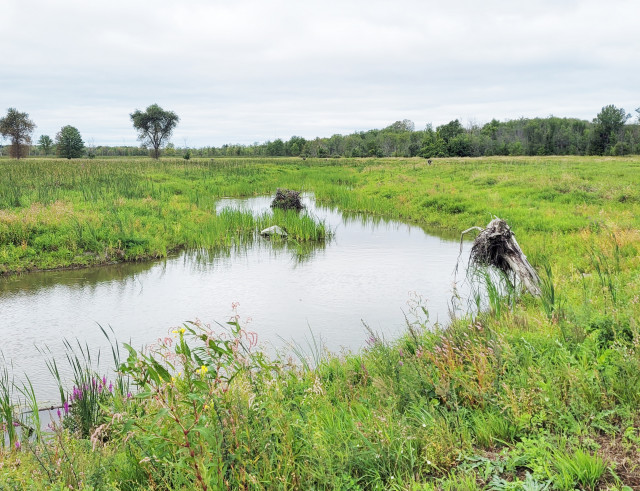 As the City of Ottawa builds a new LRT station near the DND campus, it has partnered with the RVCA, the National Capital Commission (NCC) and local community groups to realign Stillwater Creek and restore flood storage capacity in a newly created wetland.

Before this project, the creek had been straightened and redirected to the ditch beside Moodie, putting it in the path of road runoff and garbage, causing erosion issues downstream and drying out the wetland. For years the area was flagged in the RVCA's City Stream Watch reports as needing improvements.

The RVCA and its conservation partners saw an opportunity to bring some life back to a damaged ecosystem during the City of Ottawa's permit application process for the new LRT Station. 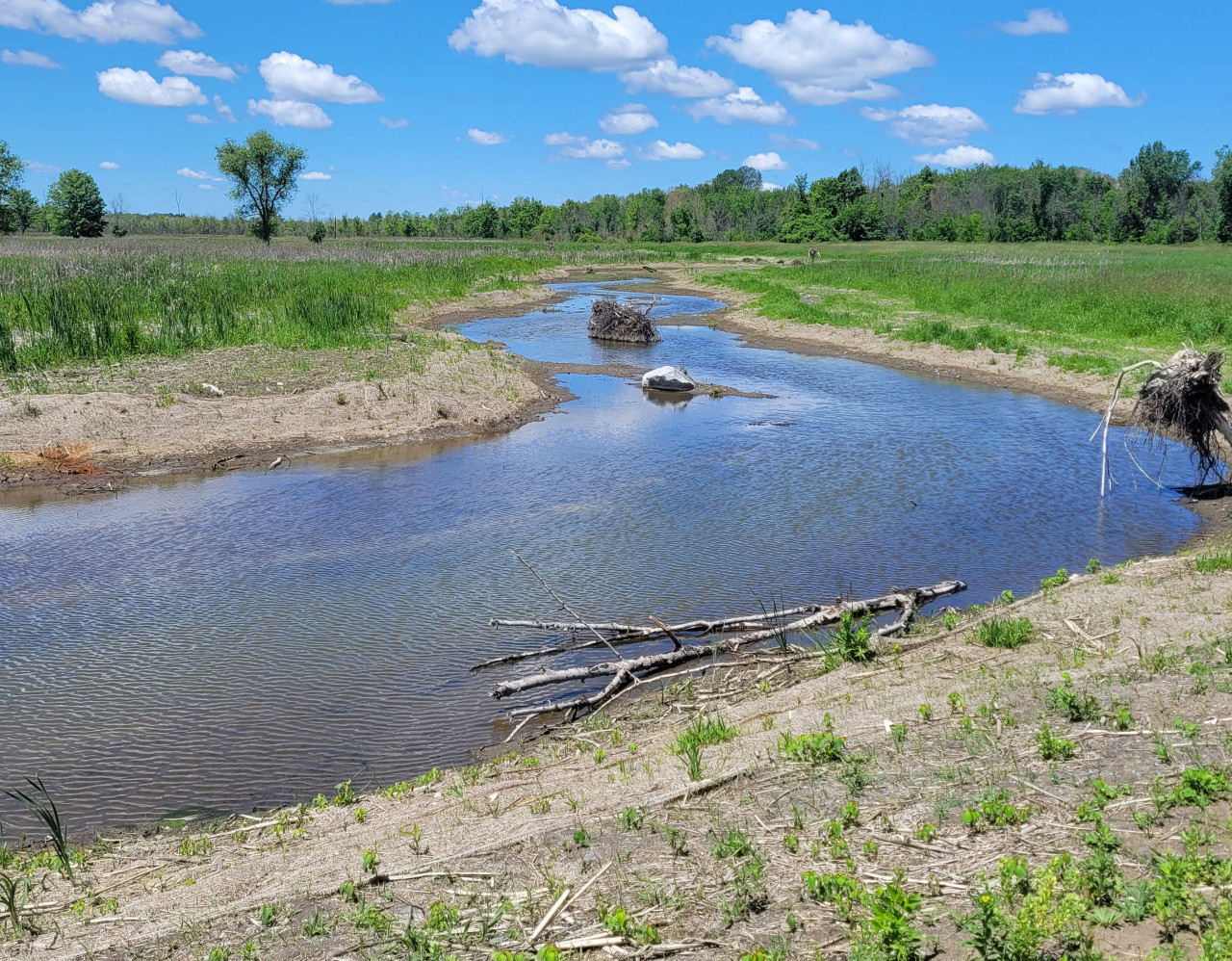 Today, the creek has been restored to a more natural meandering stream beside a newly-built marsh wetland feature. The wetland complex now provides 10,000 cubic metres of floodwater storage for the area – a required part of the LRT station construction – and features native vegetation, basking logs for turtles and root wads for fish to hide. The realigned creek has improved water quality, enhanced fish and wildlife habitat and increased biodiversity.

"This is a great outcome for the Stillwater area, and a great example of how we can work with development applicants to meet some of our restoration goals," said RVCA aquatic biologist Jennifer Lamoureux. 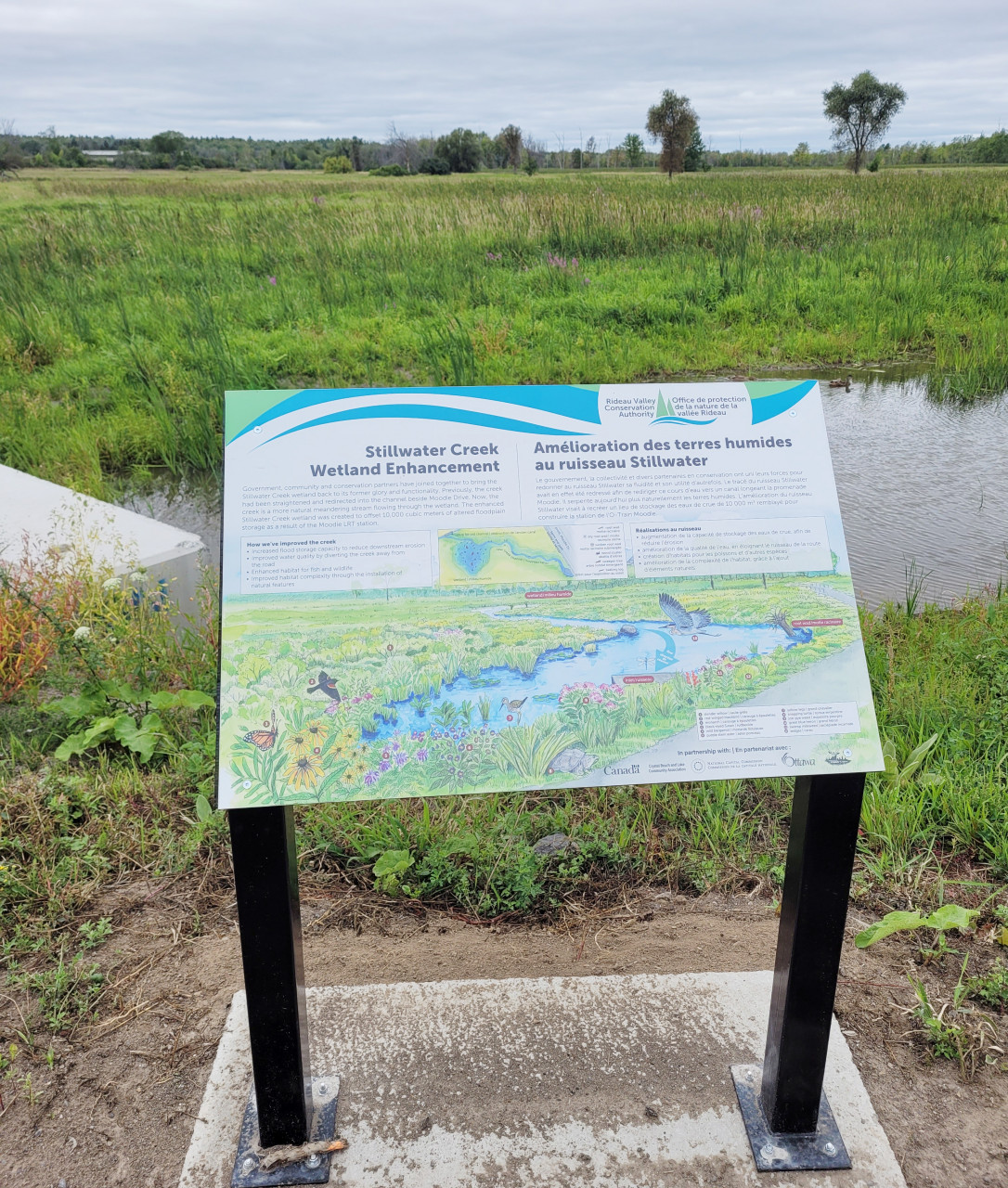 City of Ottawa ecologist Nick Stow called the project "brilliant" in its construction, noting it accomplished "exactly what we wanted it to accomplish."

"I think we ended up with an excellent product," Stow said. "We've got the best out of the site that we could."

The project also provides all sorts of trickle-down benefits, including better habitat connectivity to the NCC's nearby natural spaces and the Ottawa River, improved water quality and erosion control downstream, and improved cycling and walking trails through the region. Several new interpretive panels have also been installed.

The RVCA extends special thanks to all partners at the City of Ottawa, Public Services and Procurement Canada, NCC, the Ottawa-Carleton Wildlife Centre, the Crystal Beach Lakeview Community Association, the Belltown Neighbourhood Association and community members for their efforts in designing and completing this project.

0 Cancel Reply
It has been a delight for our community association to work in collaboration with all of our partners on this wonderful project. To see the enhancement for stormwater management as well as the renewed wildlife repopulation of the area has been a joy for our community. We look forward to further collaboration.
Cancel Update Comment
First Page Previous Page 1 Next Page Last Page