It was a cold, crisp day in December 2019 when Rosemary (Rose) Fleguel, RVCA's resident butternut expert, pulled up in her truck to meet North Grenville woodlot owner Warren Dool at his 47-acre property. Her mission? To find any and all living and healthy butternut trees - a cause to which she has dedicated the bulk of her long career. 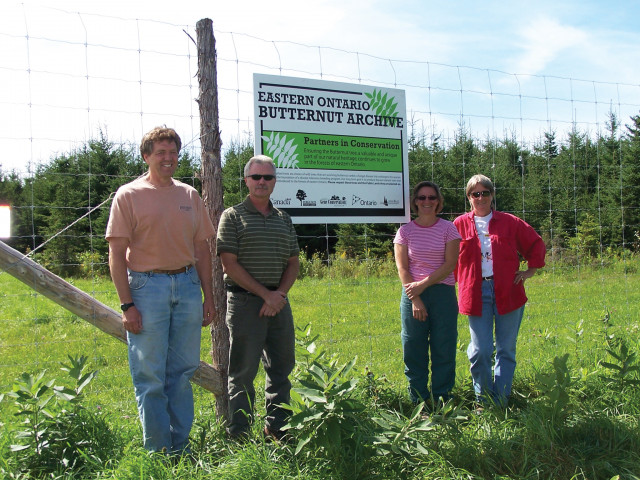 Rose Fleguel, right, at a tolerant butternut orchard with other conservation partners.

To say Rose is unique is an understatement — biting wit aside, she's Eastern Ontario's foremost butternut expert, and involved in every regional effort to save the rapidly disappearing endangered species. And she's had success; so much success, in fact, that last fall Rose was recognized for her important work as the co-recipient of the Ross Silversides Forestry Award. 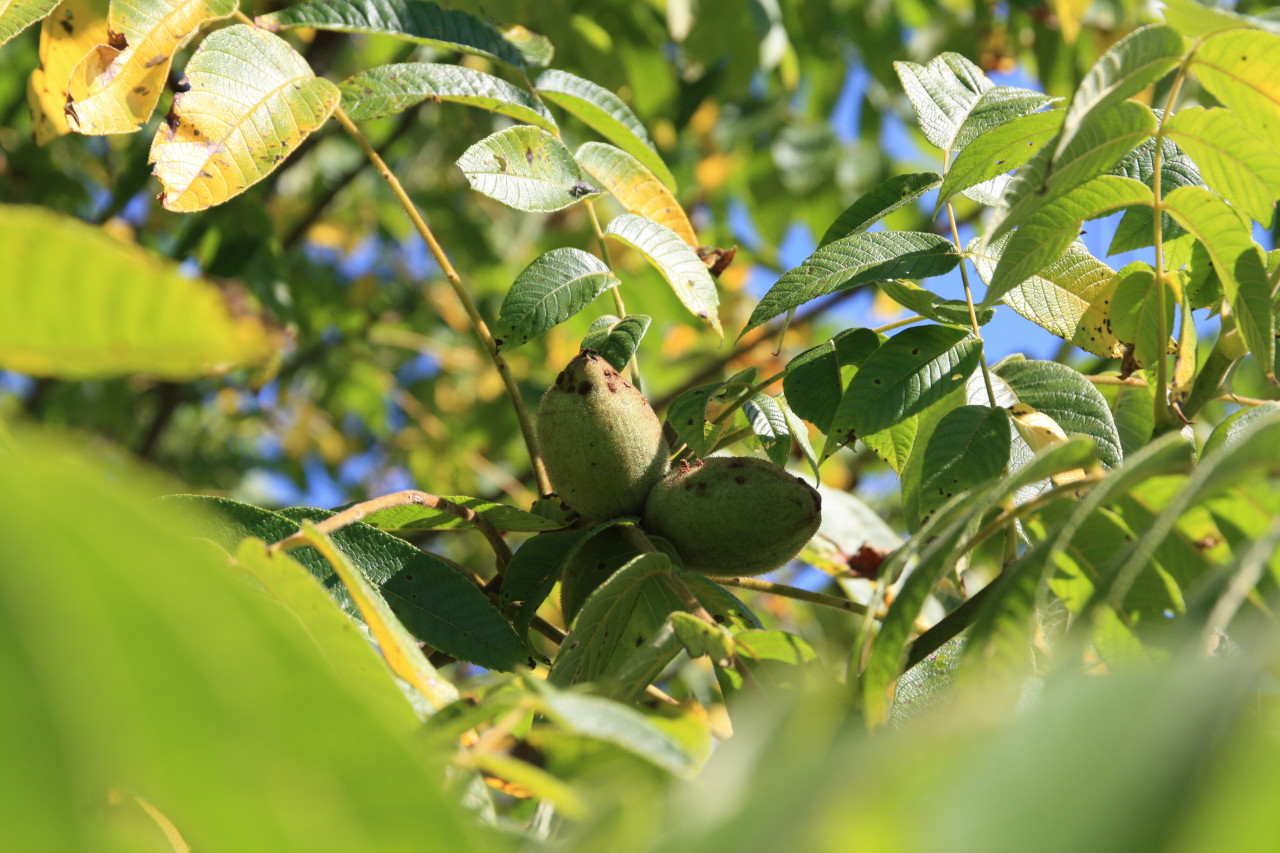 So, why is saving butternuts such a big deal? Butternut trees (Juglans cinerea) have been part of the local ecosystem for tens of thousands of years. The wood is excellent for furniture making. The roots and bark have medicinal qualities and the nuts are highly nutritious for humans and wildlife alike. Historically, First Nations people showed settlers how to collect and store the nuts to help sustain them through harsh winters. Most homesteads had a grove of butternut trees to supply them with nuts each fall.

But these special trees have been decimated by the butternut canker, an incurable fungal disease. Rose estimates 50 to 60 per cent of trees in the region have died or stopped reproducing since the early 1990s, with more disappearing every year. But some trees appear to have tolerance against the disease, and it's these tolerant trees that could save the species – and what Rose looks for every time she steps onto a property. 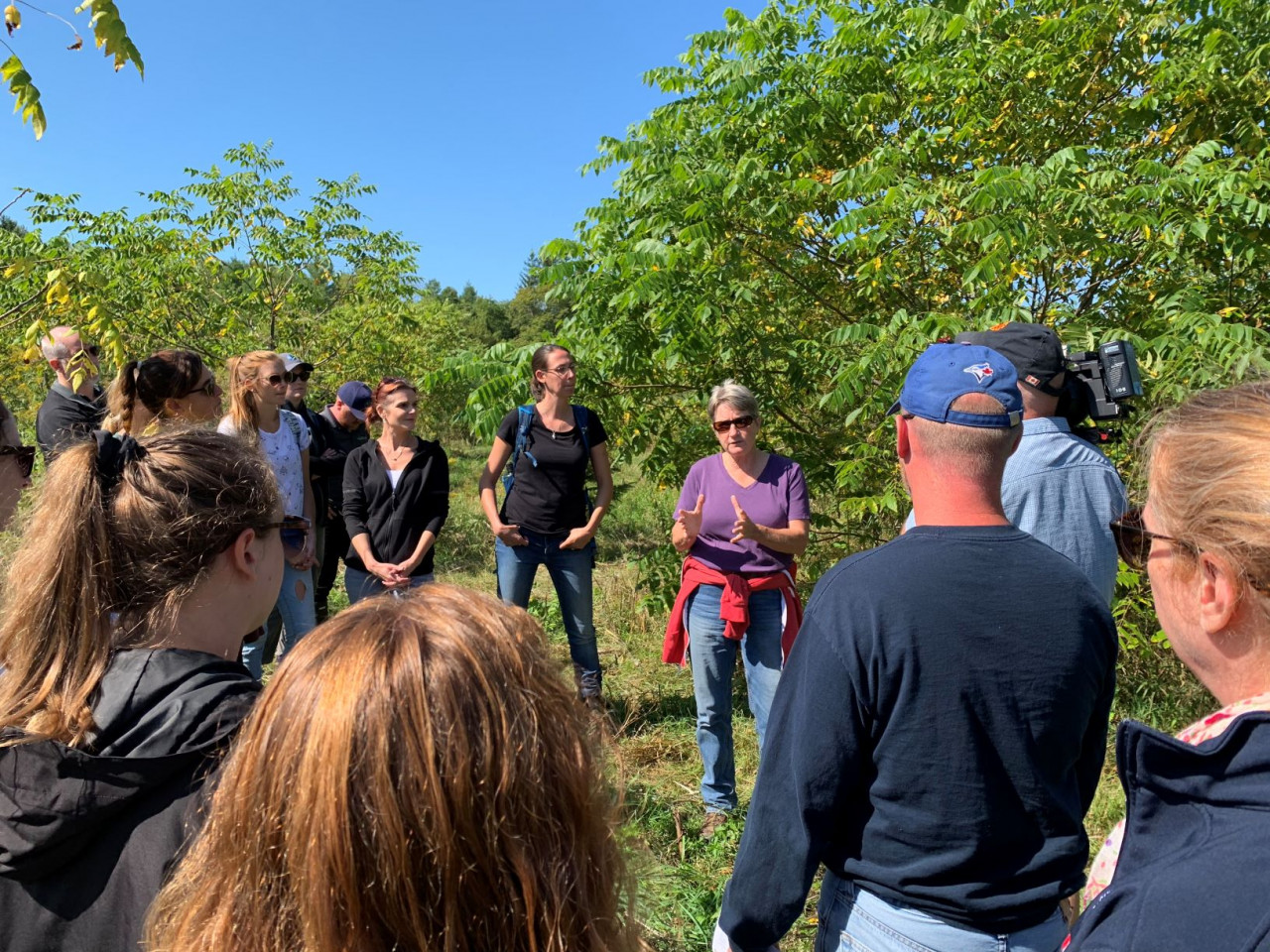 Rose leads a tour of the RVCA's tolerant butternut orchard in Cumberland in September 2019.

Rose graduated from Sir Sanford Flemming College's Forestry Technician program in 1980 and started her career with the Ontario Ministry of Natural Resources (OMNR). She eventually moved to what's now the Ferguson Forest Centre in Kemptville, and in 1992 she joined the OMNR's Forest Genetics Group to develop the first butternut recovery program in Ontario. In 2006, Rose became manager of the RVCA's Butternut Recovery Program in Eastern Ontario and, with training from the US Department of Agriculture Forest Service, became an expert in butternut grafting. Today, if you've got a butternut question, Rose is the person to call.

Saving the butternut is no easy feat, and it takes time to know if your efforts have paid off. In 2012, Rose oversaw the establishment of Ontario's first tolerant butternut tree seed orchard for RVCA, which was planted with butternut seedlings that had been grafted onto black walnuts. Today the Forest Gene Conservation Association (FGCA) runs the grafting program, establishing a second orchard in 2016 with Rose overseeing both. She also shares her vast knowledge across southern Ontario as one of four experts teaching the Butternut Health Assessor course.

Between all of that, Rose spends considerable time scouring rural public and private woodlots in Eastern Ontario to locate individual tolerant trees and some of the last remaining healthy populations of butternut in this region. She collects their seeds to grow tolerant seedlings at the Ferguson Forest Centre, in an effort to repopulate the landscape. 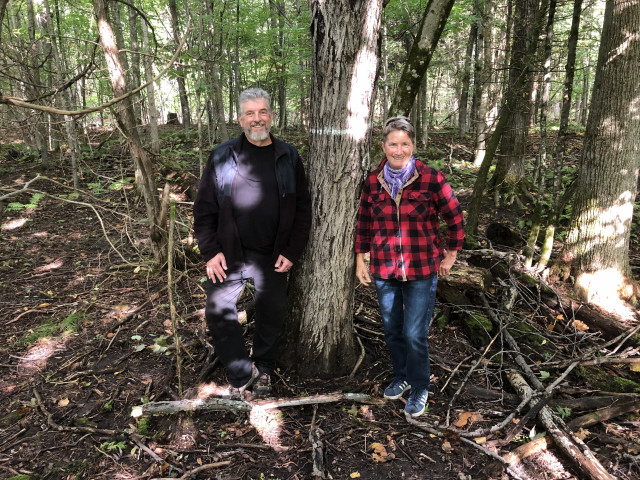 As Rose and Warren walked the property together, she found many dead and dying butternut trees. But from the devastation came a ray of hope: that the diseased butternuts ever grew here at all is a good sign more tolerant seedlings would do well.

In May 2020 Warren planted a number of butternut seedlings and in September he planted and marked 100 butternut seeds to watch their progress. With a little time, a little luck and whole lot of love and expertise from Rose, these young sprouts will hopefully yield magnificent butternut trees in the future.

Green Gift Guide: Give the gift of conservation!

Conservation Areas: Hard at Work for People and Planet

We had a large butternut behind the log house on Bowesville Rd. north of Mitch Owens. Squirrels helped to propagate them so well that I had to cut down many seedlings around it. It was healthy in 1987 when we moved - I wonder if any survived.

0 Cancel Reply
We had a large butternut behind the log house on Bowesville Rd. north of Mitch Owens. Squirrels helped to propagate them so well that I had to cut down many seedlings around it. It was healthy in 1987 when we moved - I wonder if any survived.
Cancel Update Comment

We have some healthy butternuts on our property near Port Rowan. I can send along some nuts if you're interested.

0 Cancel Reply
We have some healthy butternuts on our property near Port Rowan. I can send along some nuts if you're interested.
Cancel Update Comment
First Page Previous Page 1 Next Page Last Page