So, what do conservation authorities actually do?

May 13 Posted by Emma Jackson in Get outside

With historic flooding in 2017 and again this spring, questions abound about what is being done - or not done - to avoid future floods.

And it has sparked a conversation about the role of conservation authorities. 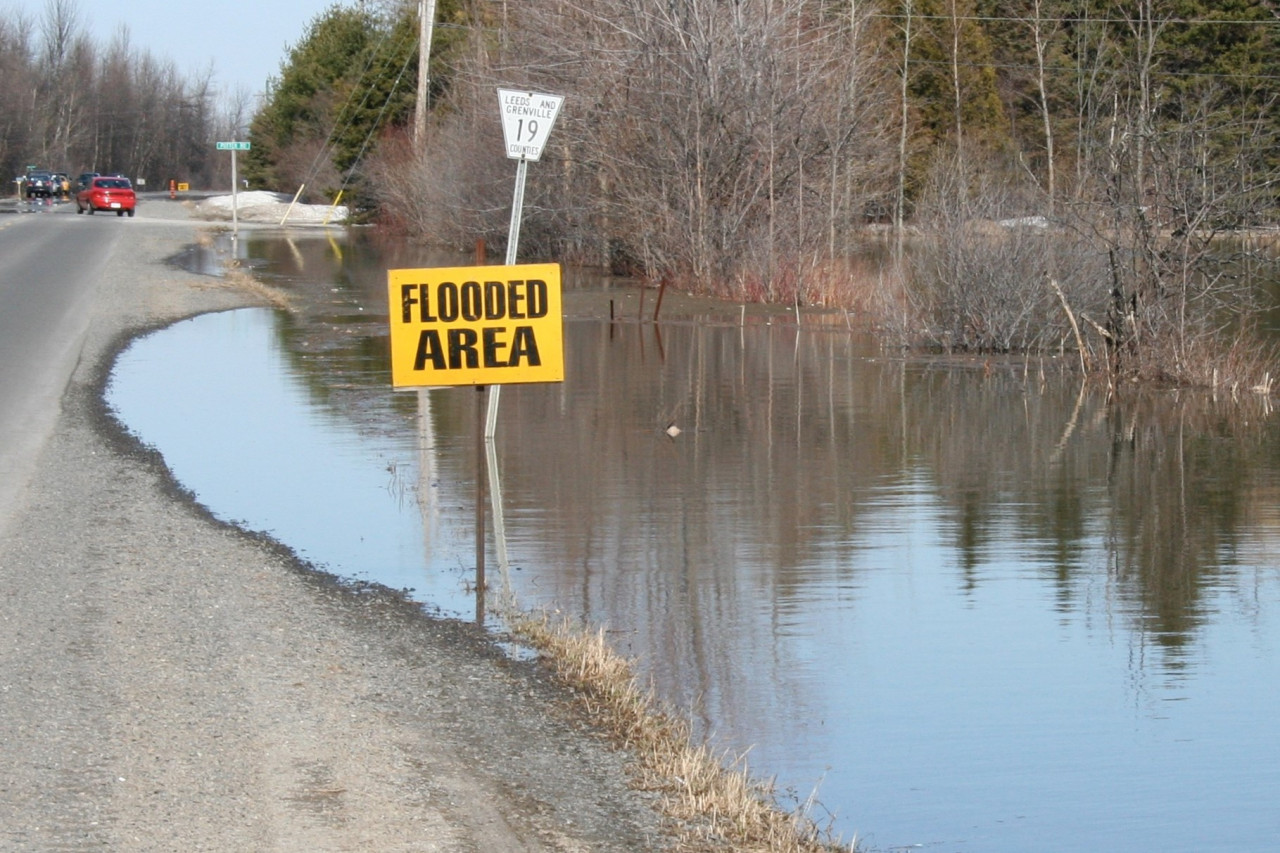 Some residents have wondered aloud who "let" the flooding happen and who is responsible for stopping it. The fact is, you can't prevent flooding. It's a natural and important part of a healthy river system. Conservation authorities are responsible for managing the risks through a mix of floodplain mapping, monitoring, infrastructure upkeep and development regulations.

In fact, Ontario's 36 conservation authorities have done such a good job keeping new development out of the floodplain, they've made their greatest benefit nearly invisible: new communities rarely flood, so residents aren't aware of the problem that's been prevented.

"There were important lessons learned from the deadly Hurricane Hazel in 1954 that Ontario acted on," explained RVCA general manager Sommer Casgrain-Robertson. "If we didn't have the rules and regulations we do, the consequences of this year's flood would have been much worse."

So, what other myths abound about flood management and conservation authorities? Let's set the record straight.

Question 1:  "Why are people allowed to build in the floodplain?" 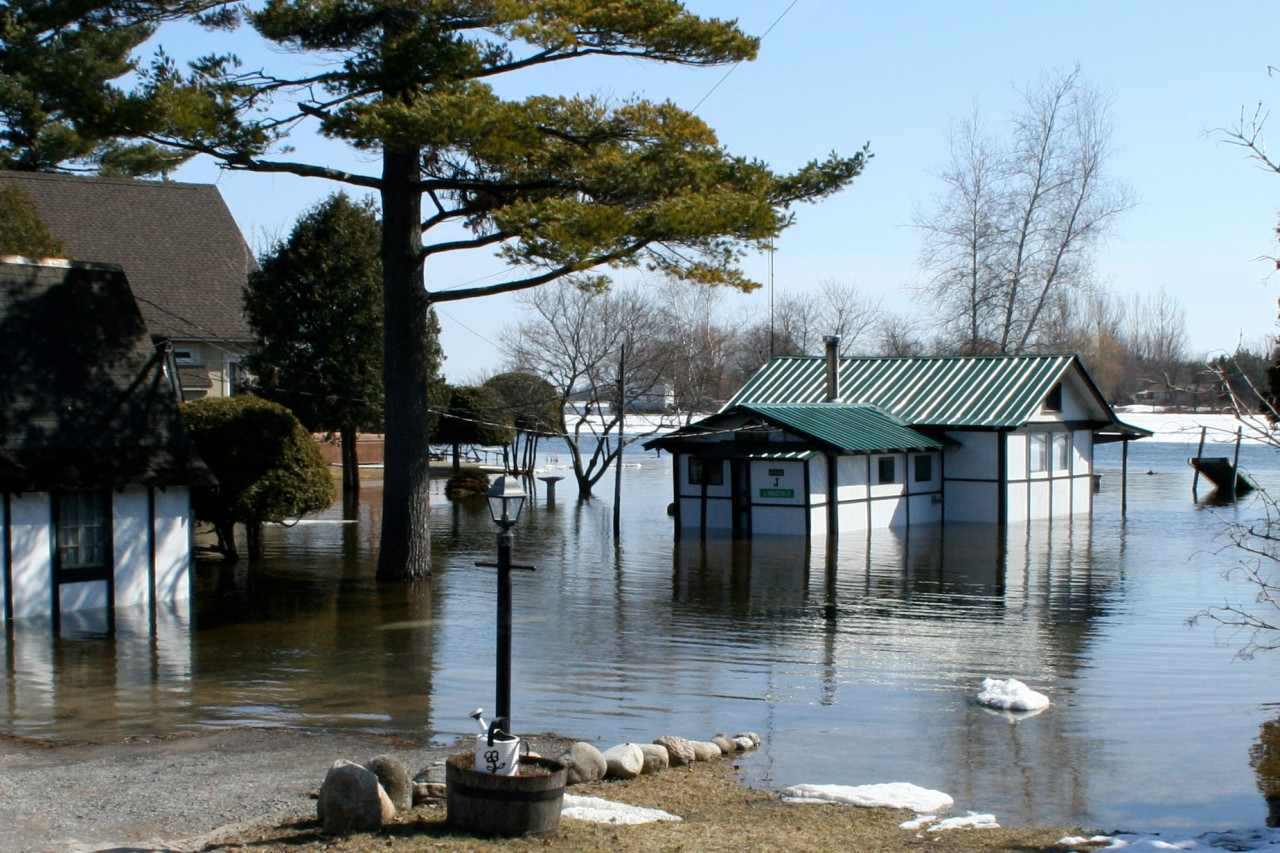 Answer: They aren't! Conservation authorities and municipalities are mandated by the Province to regulate development in and around waterways. No new development can be built within the 100-year flood plain. But many homes and cottages existed before those regulations came into force, "grandfathering" their existence. The RVCA has been regulating floodplains since 1976.

Question 2: "Why aren't landowners in the floodplain required to flood proof their homes?" 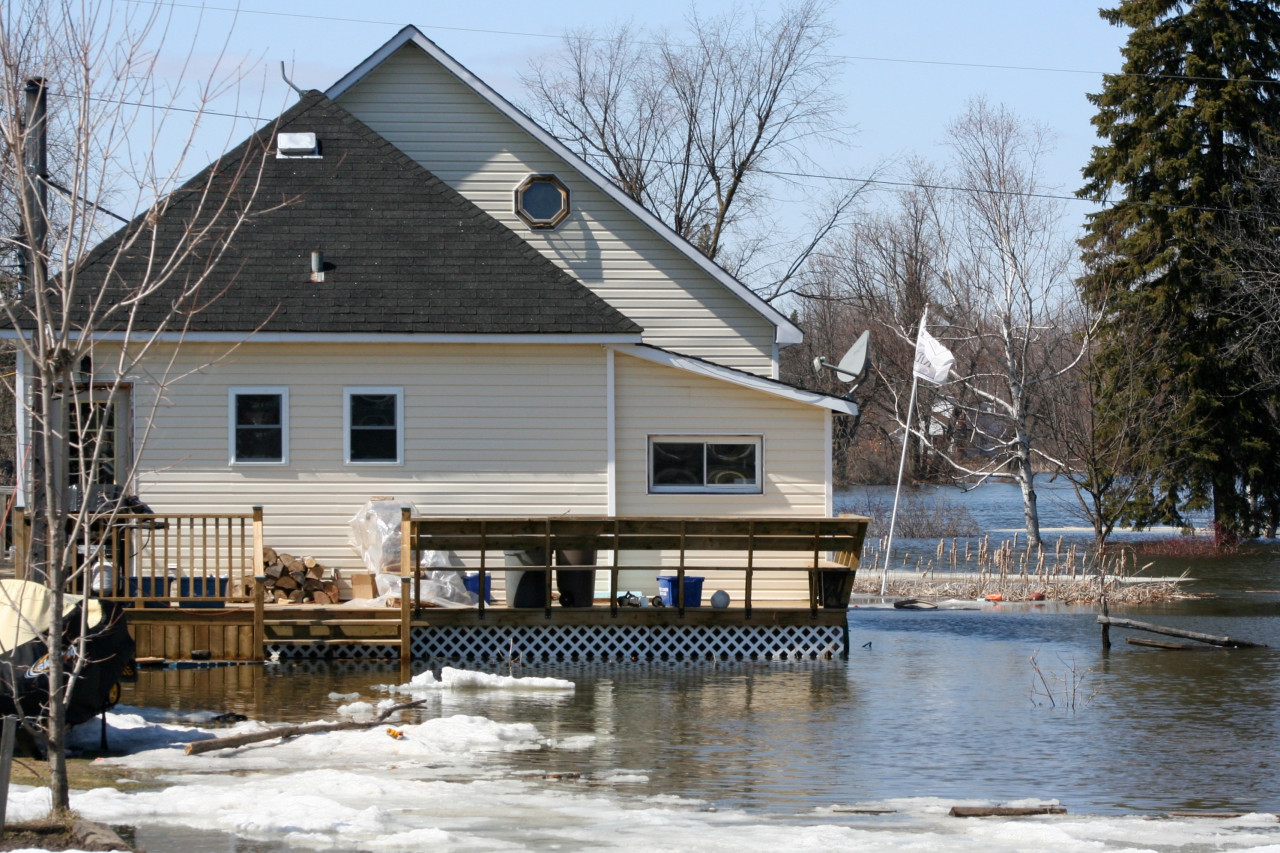 Answer: They are, in some cases. Depending on the size of a project, conservation authorities can require landowners in the floodplain to elevate buildings, electrical equipment and septic systems when they're renovating or rebuilding a home, to prevent damage from future floods.

Answer: Yes, and many are! Provincially, Ontario has some of the most extensive flood mapping in Canada, because of the unique existence of conservation authorities and their flood management mandate.

The RVCA now has floodplain mapping on over 1,000 km of waterways in its watershed, focusing on developed areas. Each year more maps are created or updated in a continuous cycle of improvement. This work is limited only by time and funding. Since 2012, additional funding from the City of Ottawa, and more recently the federal government, has allowed local conservation authorities to ramp up their mapping efforts even more. 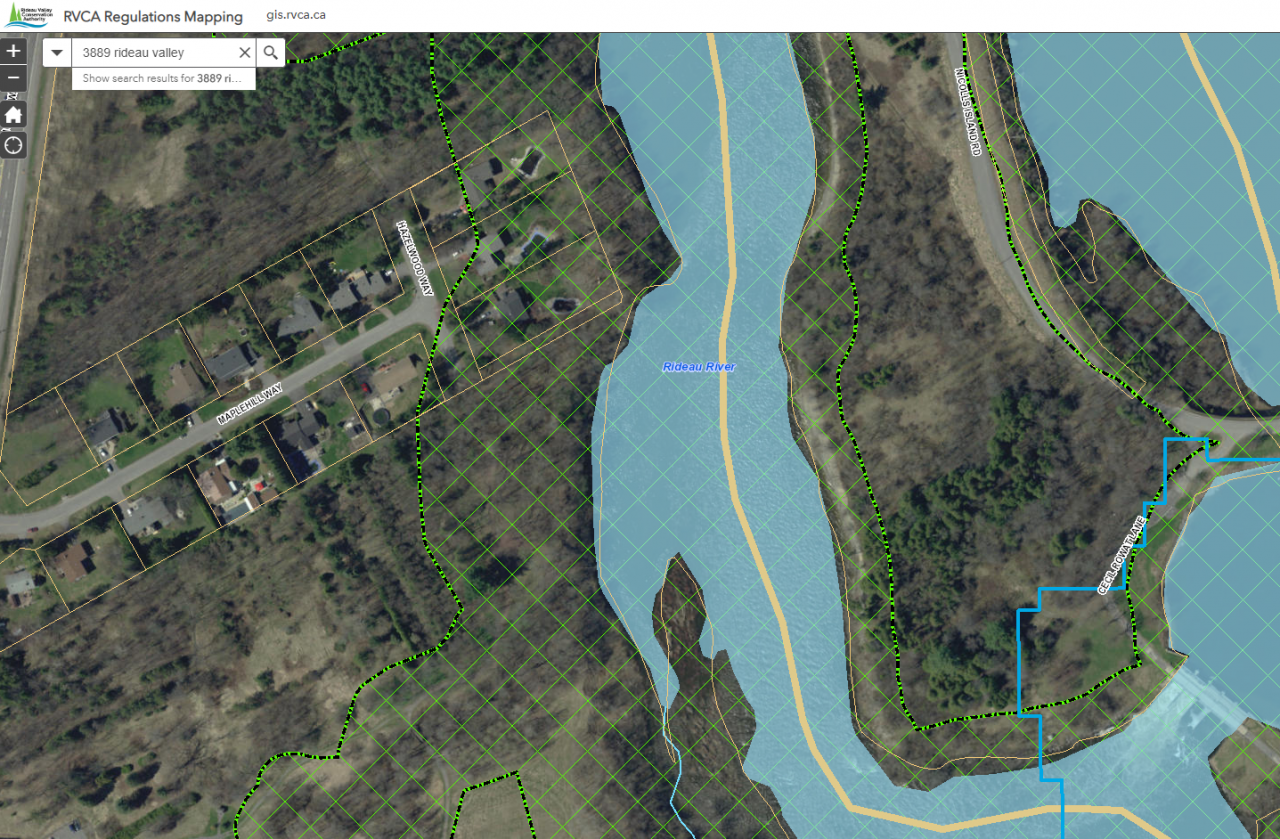 An example of an online property search.

Answer: Residents within the RVCA watershed can map their properties at www.rvca.ca to determine if their land falls within a regulated area. They can also reach out to RVCA staff by phone or in person to get more details and request a more thorough property file search.

Question 5: "Why can't the Rideau Canal be managed to prevent floods?" 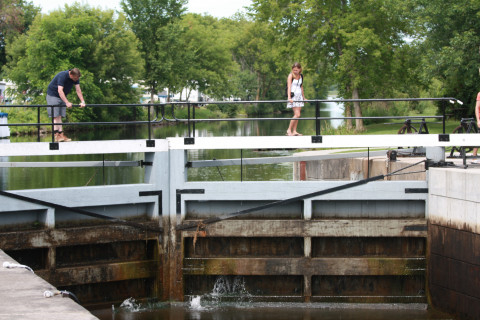 Answer: Parks Canada is responsible for managing water levels on the Rideau Canal, and they do lower levels in the fall to make room for winter and spring precipitation. Bobs and Christie Lake are reservoir lakes but, being in the upper watershed, they don't catch any water that enters the system downstream, where storage capacity is low. Parks Canada also can't use its locks to hold back or store water in the event of a flood, because they're not designed for that.

Question 6: "What can we do to prevent more flooding?" 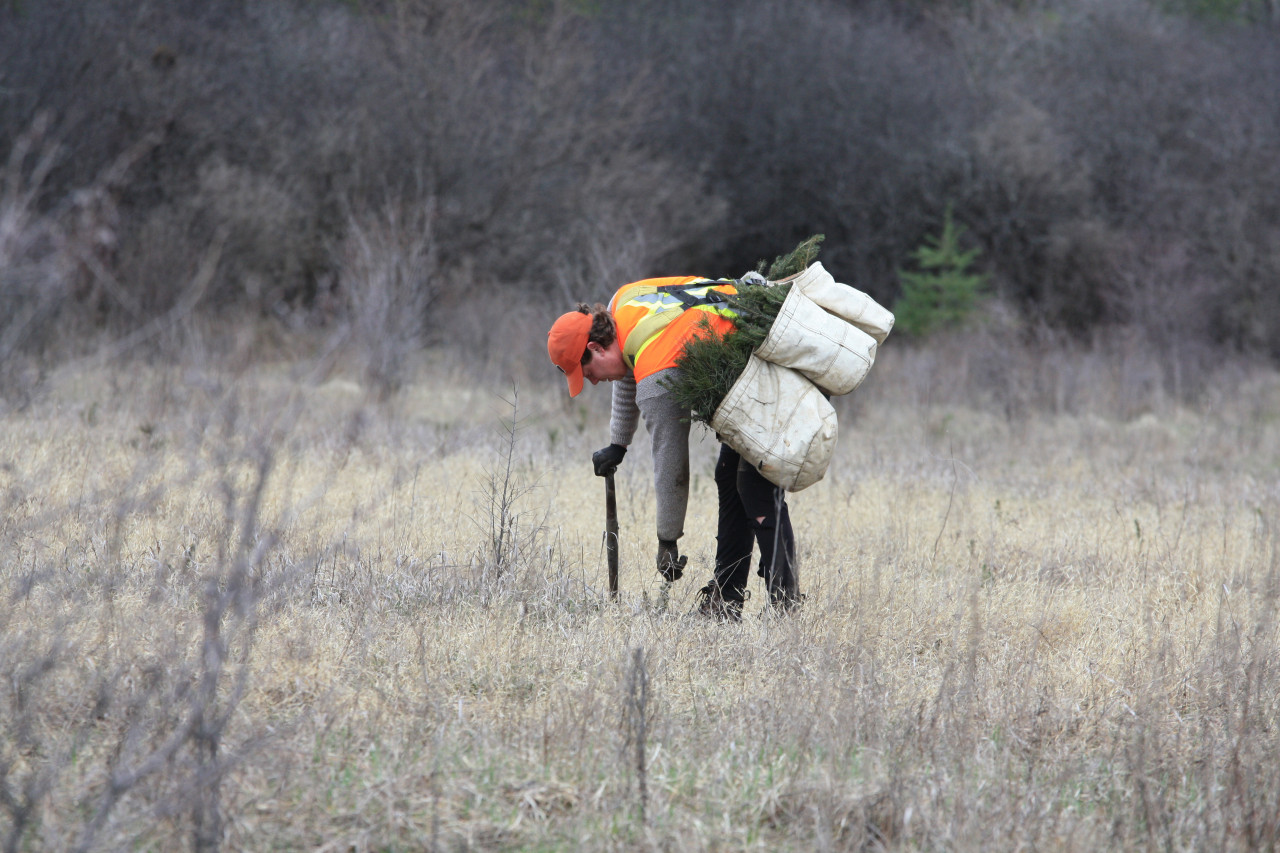 ​Flooding is a natural process, and humans must respect a river's need to contract and expand with the seasons. But we also need to build natural flood resilience into our environment by supporting healthy forests and wetlands. These areas absorb rain and snowmelt and then slowly release it into waterways over a long period of time. Without forests and wetlands, intense rain and snowmelt would rush directly into already swollen lakes and rivers.

The RVCA has planted more than six million trees since 1984 to help with flood and erosion prevention, and since 2006, conservation authorities have been mandated by the province to protect wetlands from development. The RVCA also owns 3,000 hectares (7,400 acres) of land, most of which is covered by forests and wetlands and was donated by local people to preserve for future generations. 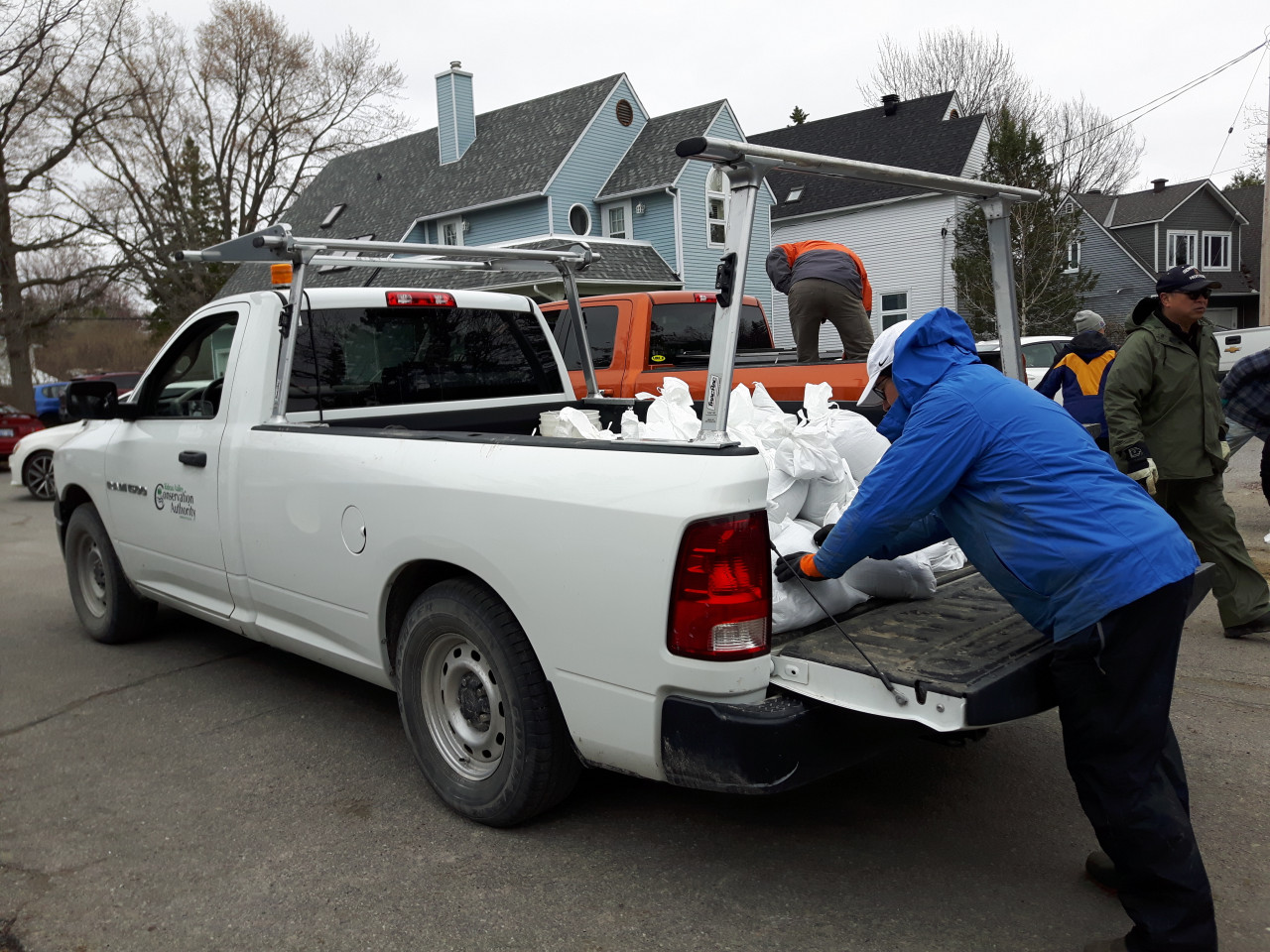 So, there you have it: across Ontario, conservation authorities have been making flood management a priority for decades.

In truth, the RVCA is sometimes better known for its conservation areas, stewardship programs and watershed monitoring than its role in flood management. Conservation authorities and municipalities have the difficult responsibility of ensuring that new development protects floodplains, watercourses and wetlands so that flood damage is reduced or avoided altogether.

When images of flooding are fresh, it's easier to remember the importance of what conservation authorities do, but we need strong public and political support for our work long after the flood waters recede.

In the end, we must all work together to create communities where people and their homes are protected against damaging floods like we saw this year.