When photographer Jon Stuart first visited the Stillwater wetland off Moodie Drive in the early days of the pandemic, he could tell something was a little off.

Tree branches stuck out of the water, but there were no trees nearby. In the distanced towered a lone mature elm tree – an unusual wetland resident.

"These features stood out to me as not quite natural," said Stuart, who had biked to the site as part of his pandemic meanderings. "Not unhealthy, but I couldn't make sense of them."

Only once he found a sign at the gate – and then spoke to RVCA's aquatic biologist Jennifer Lamoureux – did he understand that this wetland is undergoing a major transformation, one that required some man-made interventions to reverse the man-made damage that had impacted it in the first place. 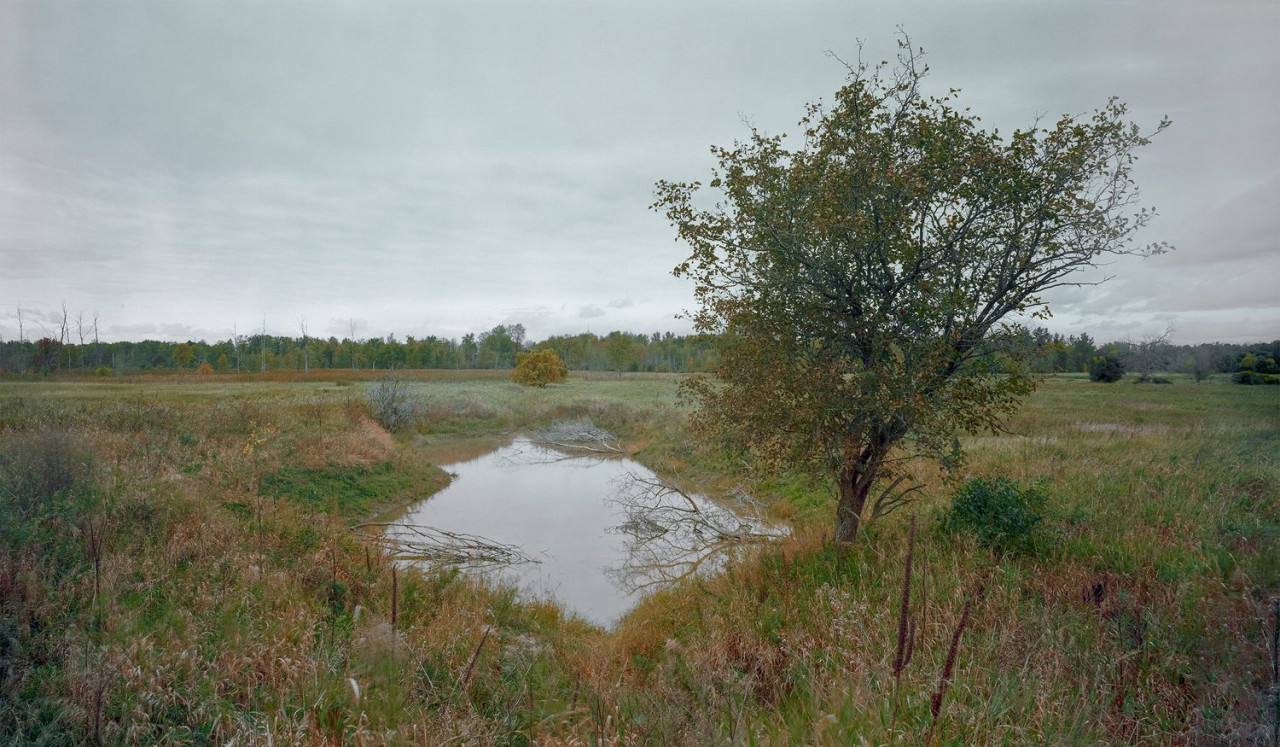 The wetland complex has been the focus of National Capital Commission (NCC) and RVCA restoration efforts since 2018, when the City of Ottawa began building a new LRT station near the DND campus off Moodie Drive.

Partnering with the Public Services and Procurement Canada (PSPC), the City of Ottawa, the Ottawa Carleton Wildlife Centre and local community groups, the creek has been restored to a more natural meandering stream beside a newly-built marsh wetland feature.

In addition, three other wetland cells were constructed in the wetland area in 2018.

Once dry and lifeless, today the area thrums with life: otters and deer leave tracks in the mud; birds build nests to lay their eggs; turtles sun on the well-placed basking logs. Beneath the surface, fish hide amongst the root wads.

The wetland complex now provides 10,000 cubic metres of floodwater storage for the area – a required part of the LRT station construction – and the realigned creek has improved water quality, enhanced fish and wildlife habitat and increased biodiversity.

Stuart was fascinated by this restoration process and began returning regularly from his home in the Glebe to photograph the wetland throughout its "reterritorialization in progress."

"It felt important to capture the mystery of the place and to communicate in the language of the landscape," Stuart said. 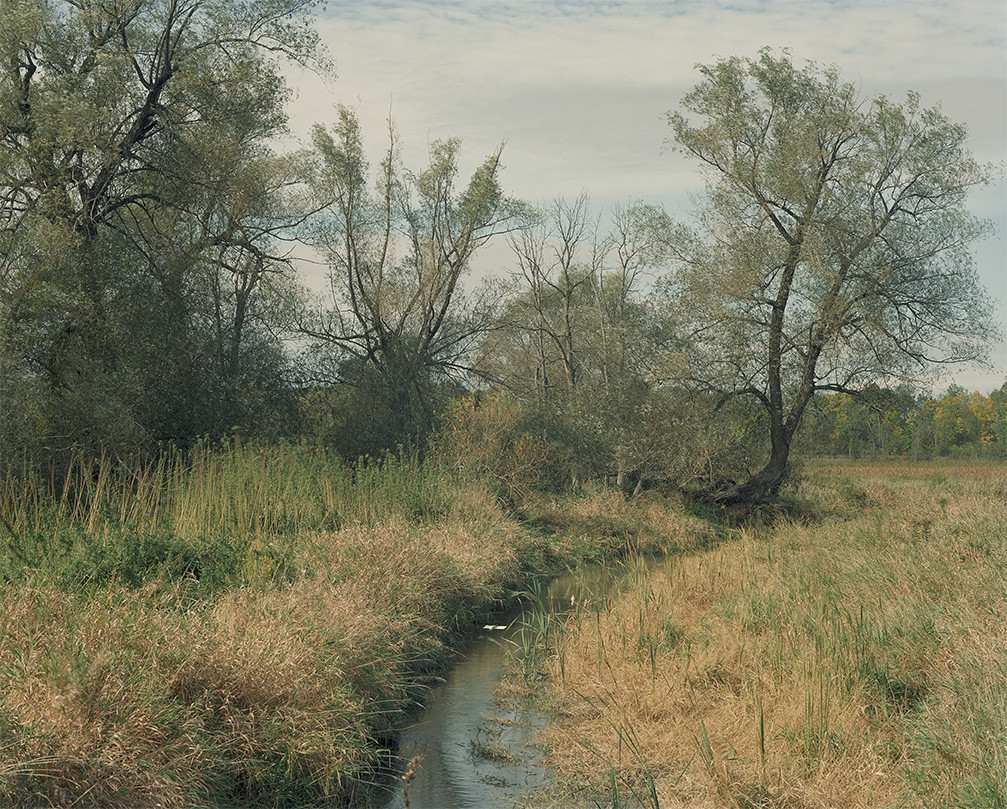 Using a large-format film camera, Stuart carefully documented the returning life he was witnessing through the lens.

"Because of the format, you really only get one shot," Stuart said. "Taking the time to get it right allowed me to be more appreciative of what I was seeing in front of me." 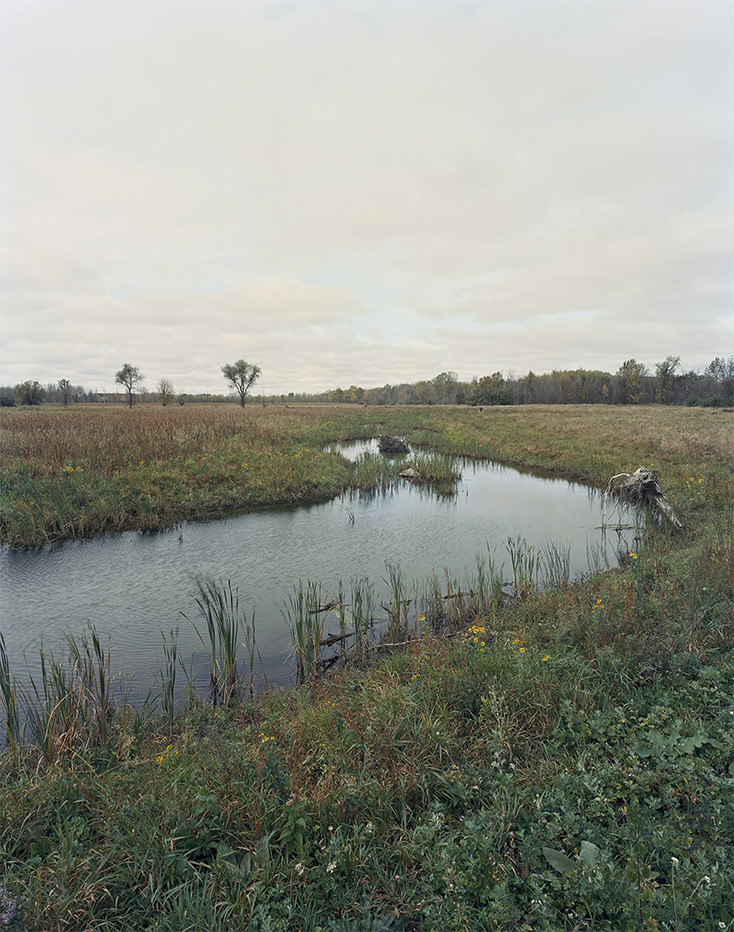 Stuart's works, called Stillwater, are now on display as part of Exhibition 17 at the SPAO Centre where he has been studying photography for the past two years. The gallery at 77 Pamilla St. is open to the public from 12 to 5 Wednesday to Sunday, and the exhibit will continue until Sunday, May 15.

"I present the images as a mystery for people to draw their own conclusions," he said. "The better we know it, the more we love it and the better we're going to protect it."

You can learn more about Stuart's work at www.jonstuartprints.com.