On a hot summer day on Baxter Beach, some interesting activity can be spotted across the Rideau River: a brightly-clad person coming and going off a dock, mysterious buckets lifted into a blue-roofed pontoon, flags fluttering in the wind.

It's nearing 1 p.m. and kids in the know are keeping a watchful eye. They can sense it's almost time, and excitement is growing.

Then: distant revving wafts across the water, and a ripple runs through the children. Suddenly every kid is on their feet, craning their necks, watching as the infamous Ice Cream Float putters its way across the water to the beach.

"He's coming!" they shout as they race to their parents, hands outstretched, looking for toonies and loonies. They scramble to be first in line at the designated parking spot, tossing their shoes indiscriminately across the sand to prepare for their watery walk. 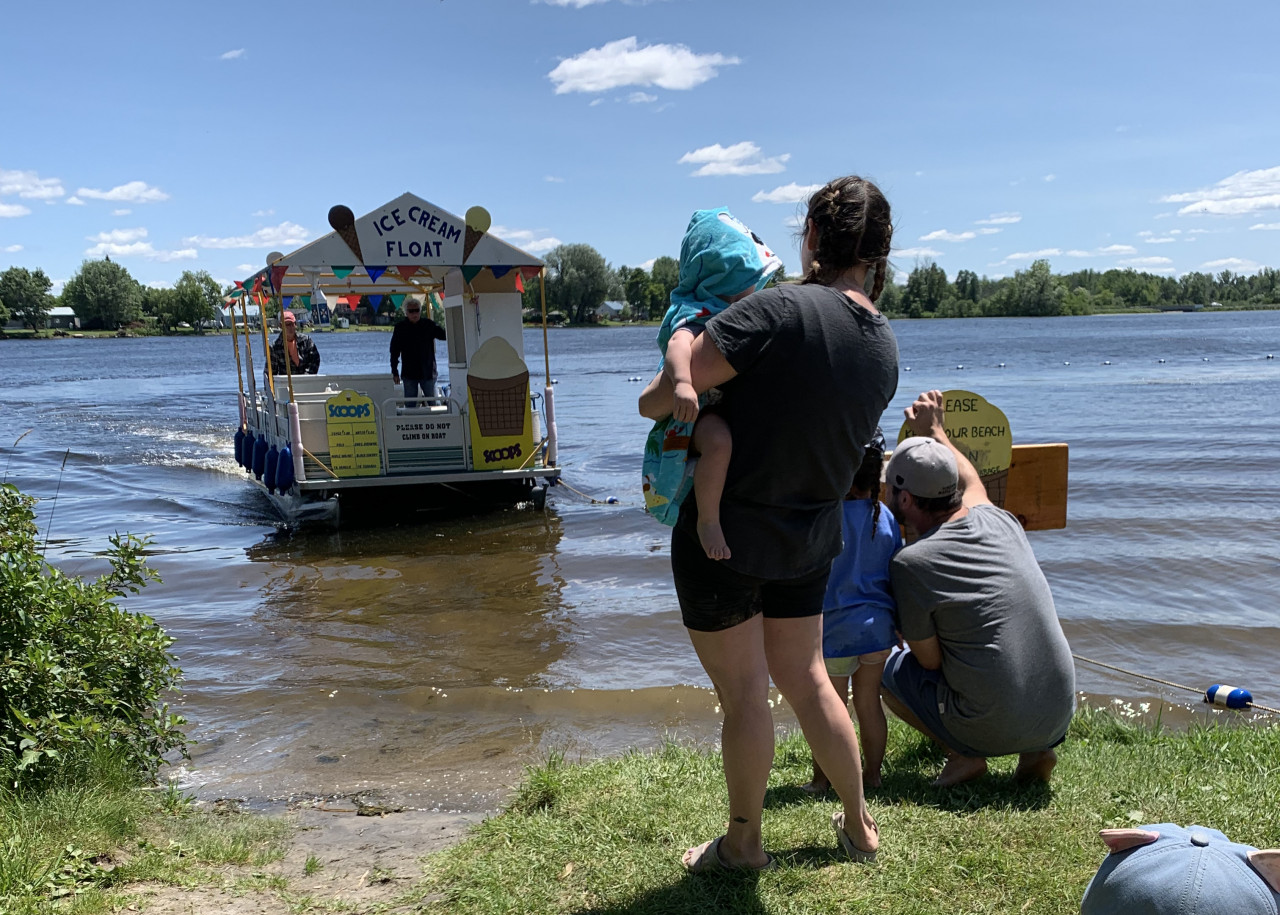 As owner Bob Harlow pulls up, he and his friend Mike crack jokes as they pass out scoops of pure joy, reminding the kids not to drop their cones in the water and asking parents if they've got any smaller bills.

It's a feeding frenzy punctuated by shrieks of glee, the makings of core memories as strangers dig out extra change to bail out an unprepared family. 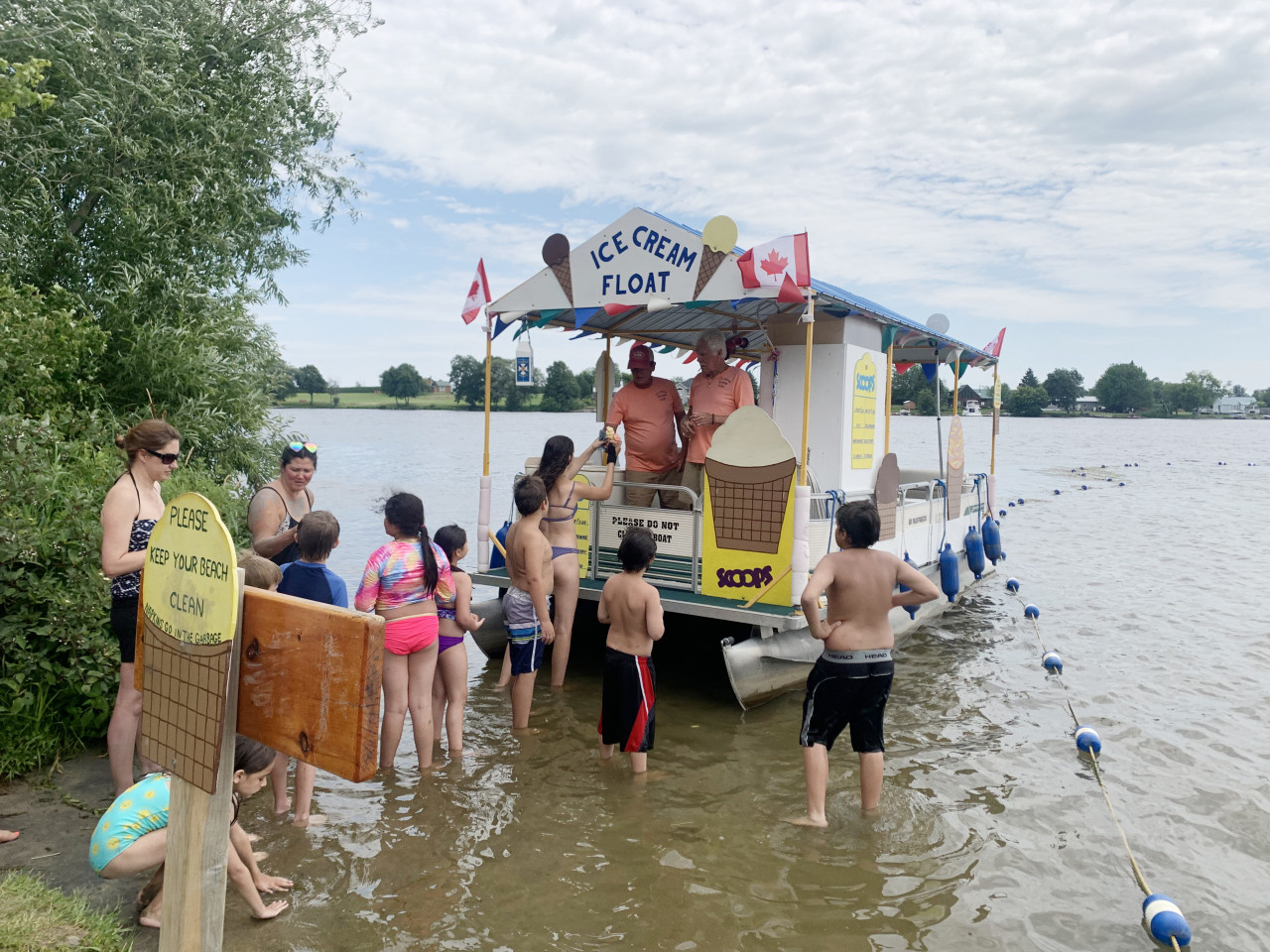 For more than 20 years, it's been like this: every day, Bob loads the same six flavours of ice cream into his trusty pontoon and heads to Baxter Beach to sell dozens, if not hundreds, of ice cream cones in less than two hours.

"I've been at it so long that some of the kids I served 20 years ago are now bringing their own kids," Bob said. "It's become generational. It's a warm and fuzzy feeling."

Bob was a long-haul trucker for many years before switching to more local jobs. Having many hours to think on the road, he'd been dreaming of a way to spend more time on the water.

He finally launched his business in 2001 when his son Adam was 9, planning to spend summers on the water with him and maybe even pass the business to him in the future. But the following year, Adam was tragically killed at the age of 10, bringing Bob's world to a grinding halt. He wasn't sure if the Ice Cream Float would continue, but in the end, it kept him afloat.

"I didn't know if I could continue at first, but I had to," Bob said. His daily work shirt now features a photo of him and Adam on the boat – the first official photo taken of their venture, which was published in the Ottawa Citizen in 2001. "I can't imagine doing anything else in the summertime." 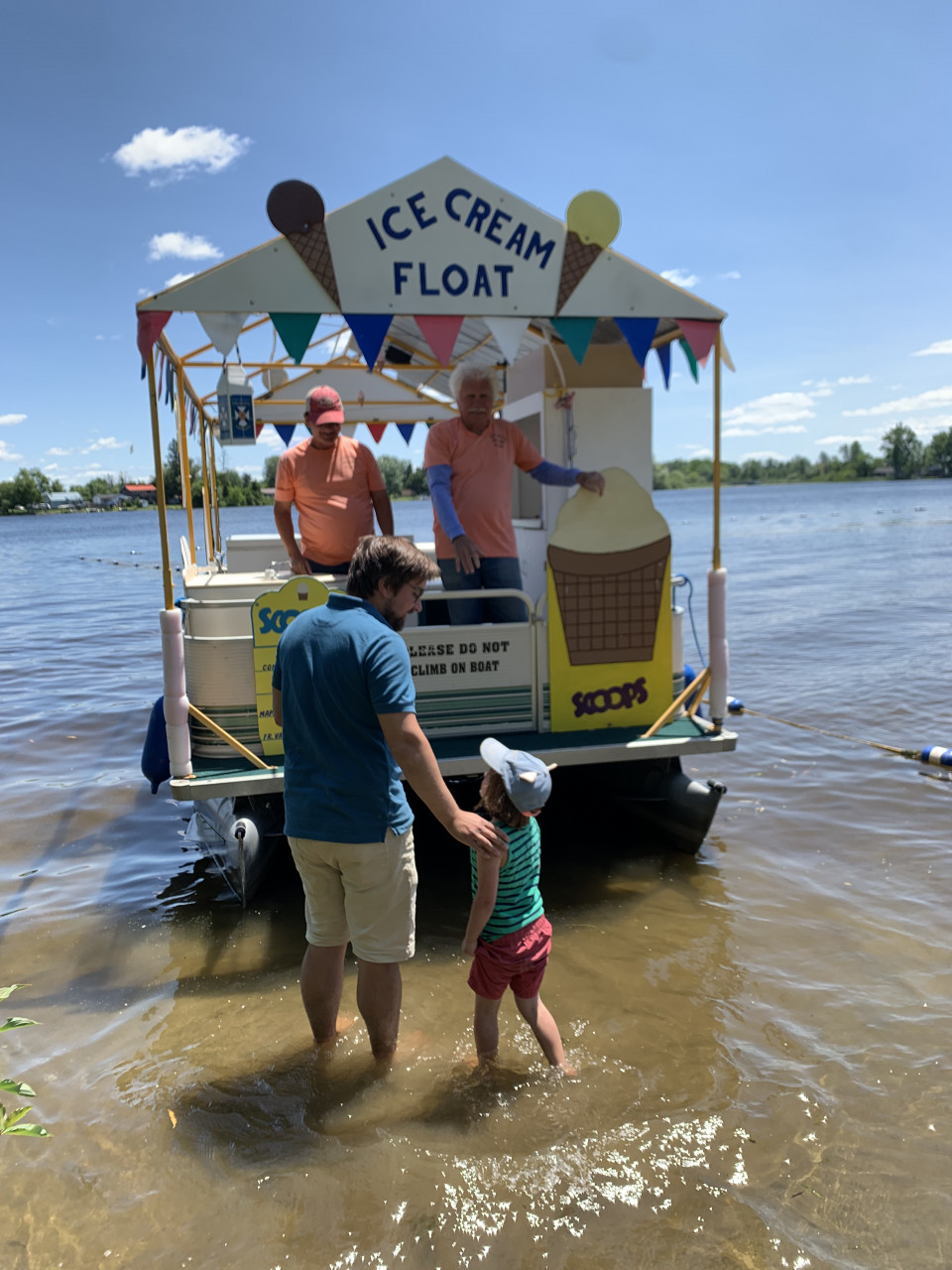 The joy Bob spreads is undeniable, but he insists the feeling is mutual.

"We get back so much from it," he said. "The kids are so happy, the parents are so happy. You're always dealing with happy people."

To catch the Ice Cream Float, head to the beach at Baxter Conservation Area any day this summer around 1 p.m., weather permitting. Bob and Mike will also serve local boaters from the water, and plan to be out on weekends throughout September.

Baxter Beach parking is $7 per vehicle. Ice cream cones are $3 each.

QUIZ: How green is your waterfront property?

Chapman Mills: The great outdoors in your backyard