“We are delighted to celebrate 50 years of conservation,” announced RVCA Chair Lyle Pederson as he unveiled the Authority’s special 50-year logo. “This will be a year to share our successes and how they have made a significant contribution to the health and prosperity of our watershed.”

Covering 4,241 square kilometres, the RVCA was officially formed on March 31, 1966. The conservation movement in Ontario began in the early 1940s as community leaders expressed concerns about the condition of the environment and managing natural resources. This resulted with the Province of Ontario passing the Conservation Authorities Act in 1946. Conservation Authorities began to form throughout the province. The legislation was considered innovative and farsighted, responding to growing concerns that land uses and deforestation were contributing to deteriorating water quality, flooding and soil erosion. It empowered municipalities to address these issues through a single collaborative agency based on a watershed. Today, Conservation Authorities continue to respond to local issues and conditions and are accountable to their municipal partners.

Over the past 50 years, the RVCA and its many partners has had a positive, cumulative impact on our local watershed. Successes include: 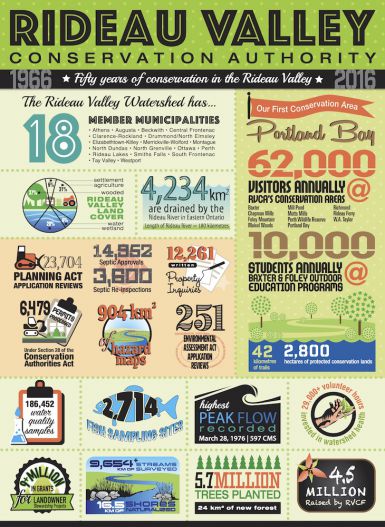 “The work done has laid a strong foundation for a healthy and sustainable future,” said RVCA General Manager Sommer Casgrain-Robertson. “But there is lots left to do and we look forward to working with our many partners and landowners to achieve our goals for a healthy watershed for all.”

Those interested in more details on the history of the RVCA can visit www.rvca.ca/timeline for an online walk through the years since 1966. An infographic highlighting the RVCA’s achievements is also available on the website. Be sure to follow the RVCA on Facebook and Twitter to see interesting highlights over the year (#RVCA50). 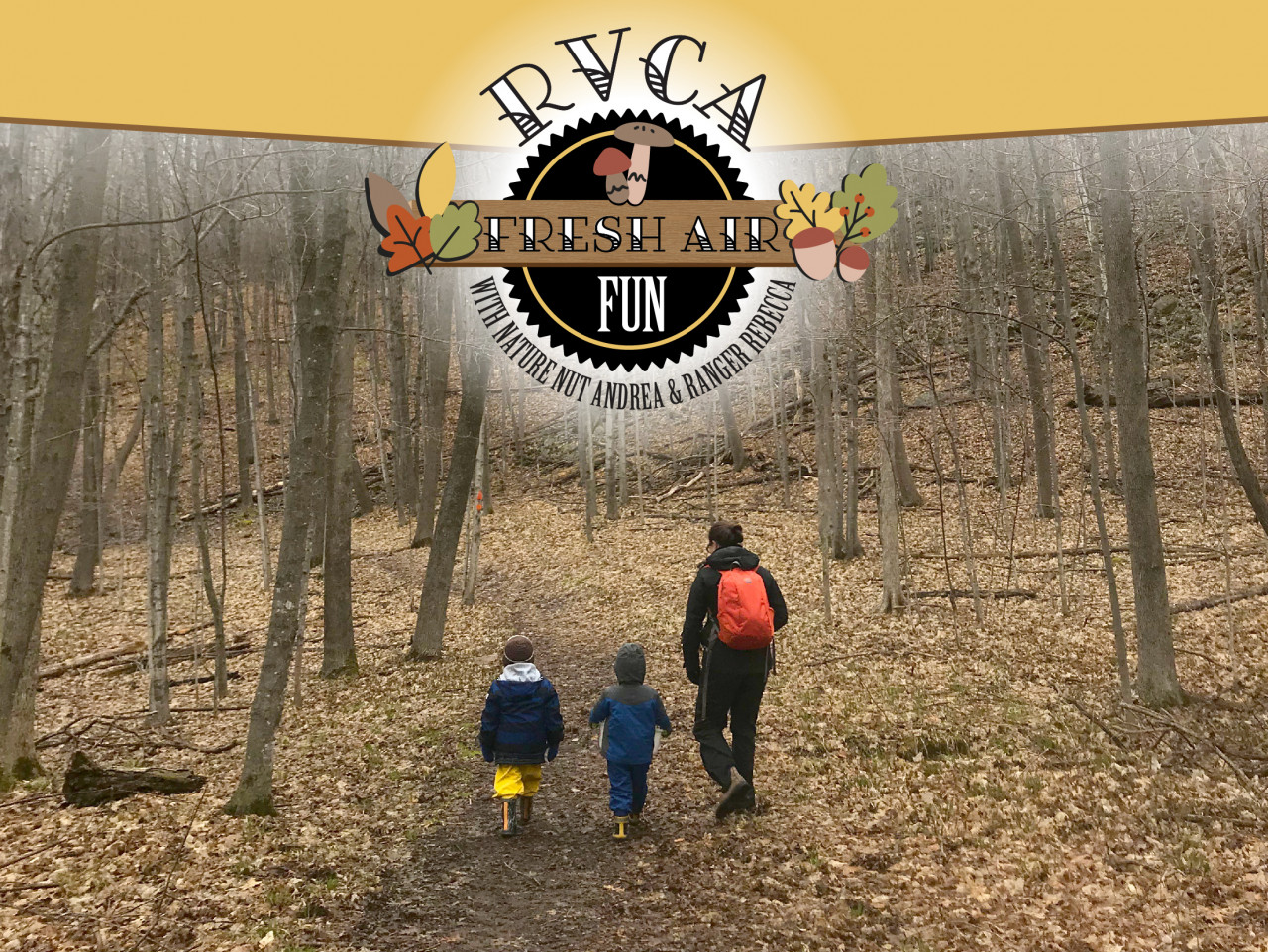