The Rideau River drains an area of over 4,000 square kilometres of Eastern Ontario. The main stem of the river flows in a northerly direction from Upper Rideau Lake near Newboro to the City of Ottawa where it tumbles over Rideau Falls into the Ottawa River. Total length of the longest part of the watershed is about 180 kilometres. From the highest point in the valley (Carnahan Lake in the Tay sub-watershed) to the Ottawa River is a drop of 204 metres in elevation. About 620,000 people live in the watershed including a large part of the City of Ottawa, the fourth largest metropolitan area in Canada. There are 18 municipalities within the valley and most people, outside of Ottawa, draw their drinking water from the river or from groundwater. 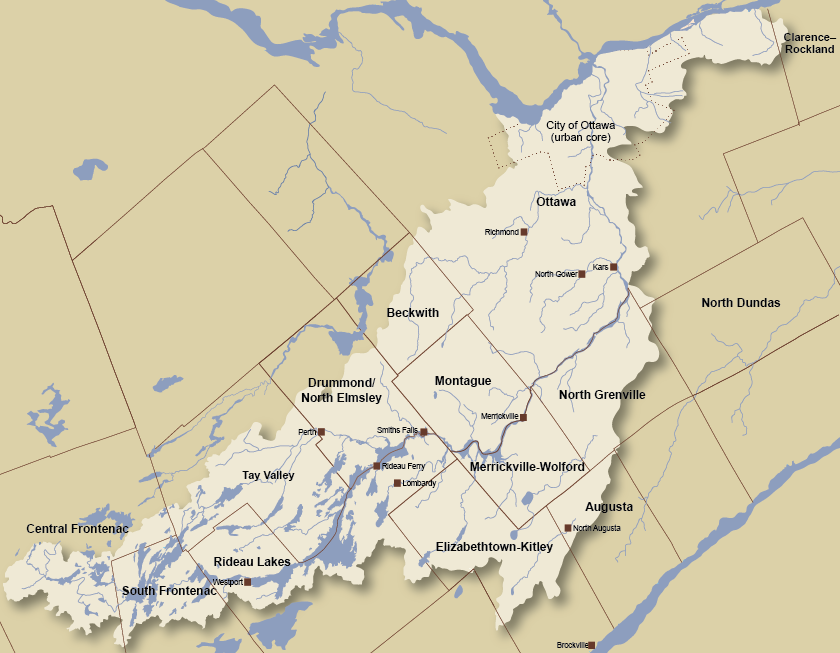